and here are the rest of the progressional pics of today. i made the base and a led holding turret upon which the main piller stands. i also started the armor plates with the spartacus armor 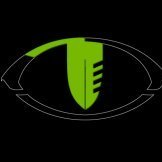 Hi Ali, nope not Gears of War... I know that you created a Gears of War mod and It's my favorite actually  but what I mean is #### of War... about Greek Gods. If you have a mod like this that would