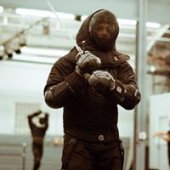 Why the POSEIDON Z RGB software is so bad? Are you fixing it? Is there a fix? NEED HELP!

By PieroFolly, August 26, 2016 in Gaming Keyboards