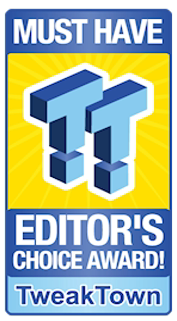 When the Core Series is spoken of, we immediately think back to the Thermaltake Core V71, where Thermaltake offered a chassis like no other they had before. Of course, it did take some interior components that we had seen in other designs, but the versatility of the interior design, along with the slick rounded exterior, the full mesh front panel, and huge side window, all lent to its high ratings. Not only did we at TweakTown give the Core V71 an outstanding rating, but no one elsewhere could point out a failure with that design either.

Being blunt and honest has always worked for us in the past, so there is no need to change anything now. When we first looked at the Core V1 online, we thought that it looked aesthetically pleasing on the outside with the cool option to change the panels around to suit each user's specific needs. This option is cool enough for most, but without having much of a look prior to un-boxing this chassis, our hopes for the interior were not all that high. However, our tune quickly changed after about ten minutes with the Core V1.

After removing some thumbscrews, the panels started to shed off like leaves from a tree in fall, and it became clear that there would be no struggle to build inside of the Core V1. Failure to pay attention to detail is the one thing that will seriously break a good chassis and bring it to its knees in sales. However, we found the Core V1 is like a gift that keeps on giving with its drive bays and removable floor, as it hides features here and there like an Easter egg hunt.

As we said before, the toughest part of the build was after we had everything installed and then added the front I/O panel back into the chassis. There was plenty of wiring length to accommodate all of the runs to the USB 3.0 and HD Audio. Since we installed the video card prior to adding the tiny connections, we did have to fiddle around there, but that was due to the way we went at easing the build and eliminating the extra wiring. We did this until the PSU was wired to all of the components and tucked neatly away from the fans blades with the many wire tie points situated around where they pass from the bottom to the top.

We also love that the access hole for the wiring is deep enough to fully support a 120mm or 140mm AIO with a 27mm thick radiator and a 25mm thick fan. It also has just enough room left for the major wiring to pass. The Thermaltake Core V1 may not have large plastic handles on the top and bottom like the Prodigy, but if ever there was an economically friendly Prodigy killer, this Core V1 has to be it.

Keeping with notion that honestly is best policy, we do feel the MSRP for this chassis is set a bit high. By that we mean that the intended cost is nowhere near as awesome as some of the current pricing we have seen around the internet. This is still a pretty cool chassis at nearly $90, but if you shop smart, this chassis can be delivered to your door for less than $50. This takes this from an average bang-for-your-buck design into the realm of excellence, and it is hard to deny such a sleek and roomy design in such tight confines at this price.

Just as the Prodigy did years ago, I can see the Core V1 becoming the basis for many mods to come. It is also one of those cases that will make you ponder buying all the rest of the Mini-ITX gear just so you can complete a build in, and have one of these Core V1 Mini-ITX cases gracing your desk. That alone says volumes about a design. Thermaltake has won us over once again by showing they can offer unique, and stunning designs, even when it comes to a Small Form Factor chassis.

PRICING: You can find the Thermaltake Core V1 for sale below. The prices listed are valid at the time of writing, but can change at any time. Click the link to see the very latest pricing for the best deal.

United States: The Thermaltake Core V1 retails for $40.99 at Amazon.