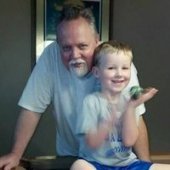 I was thinking like jujunet that the number of leds for the addressable headers must be stored somewhere.  No luck searching the registry but after expanding my search I found them!  In the Lighting S

Great news Bryan, I tried something but, no luck. I tried to take own of the lastprofile.xml file (Total Control), and modify the line :  <addressable_strip_led_count key="1">1</add

OK, I got tired of waiting on ASUS and them asking stupid questions rather than fixing their software.  I have a relatively simple modification to the board that will get this working.  After tracing